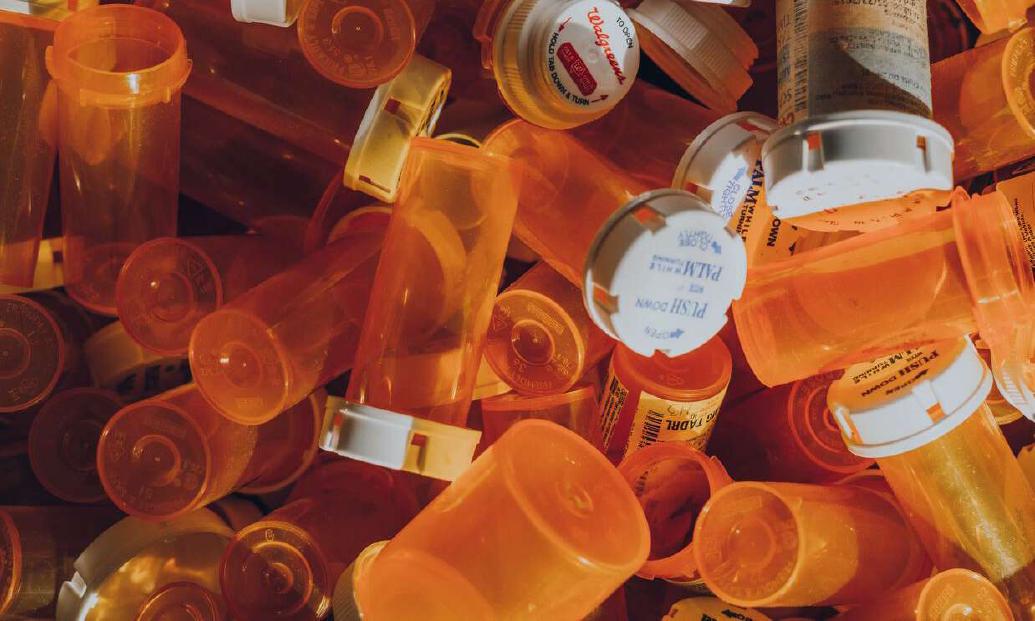 At the Bennett Institute we value openness and transparency as we believe open discussion of ideas and methods are the key ingredients for high quality data analysis. We think it is unhelpful that so much NHS data analysis is outsourced, or done behind closed doors, as this prevents coalface clinicians from engaging with data and sharing their expertise and insights. We build OpenPrescribing.net, not just for ourselves, but for anyone to explore NHS prescribing data. This democratisation of prescribing data removes gatekeepers and barriers to accessing the data, allows anyone to scrutinise prescribing and produces new insights.

Recently we met one of our users, Calum Polwart (@ShinyBlackShoe) at the International Society of Oncology Pharmacy Practitioners, where he told us about how he used OpenPrescribing to investigate the prescribing of high strength dexamethasone in primary care. Now this is longer than most of our blogs but it is worth reading on as Calum describes how he found found a potentially dangerous prescribing event on OpenPrescribing, why this prescribing is concerning and what he did with his results.

Dexamethasone is a potent corticosteroid that has been available since the 1960s, it is more lipophylic than many other steroids and has become the steroid of choice for oncologists and palliative care physicians. For years, dexamethasone has been available in just two strengths of tablets: 500micrograms and 2mg. For most patients this works well — with typical doses rarely exceeding 8mg except in acutely unwell patients. However, in the treatment of Myeloma, much larger doses of dexamethasone are called for requiring patients to take up to twenty tablets. These extreme doses of steroids are normally only taken for a few days each month alongside other anti-cancer medicines like thalidomide.

In 2014, the price of dexamethasone rose sharply although it has since reduced. Soon afterwards, Consillient Health entered the market with new strengths of tablet — 4mg and 8mg. While taking an 8mg tablet will reduce tablet burden for patients, it means in clinic you can no longer ask a patient to reduce from four tablets to two to one to taper down the dose, and you can no longer “assume” that if a GP has started someone on steroids at a dose of one tablet a day that there is scope to increase the dose. As I started to investigate the 4mg and 8mg tablet and consider how I may need to change my own practice to avoid errors, I discovered more strengths of dexamethasone had been introduced — including a 40mg tablet from Aspire Pharma under the brand name “Neofordex”. Forty milligram doses are only likely to ever be used under the supervision of a haematologist treating myeloma, for short pulsed treatment, and so their availability in primary care introduces a potential for human error (either selection error on computer systems or repeat prescribing of prescriptions on discharge from hospital), which concerned me.

In May 2018 I was curious to see if these new strengths of dexamethasone had any real world use. OpenPrescribing.net contains data for the last five years of prescriptions produced in primary care. Prescriptions generated from all hospitals and many Urgent Care Centres are not currently included. I expected use of 40mg dexamethasone to be restricted to secondary care, however because there is no easily accessible open way to analyse data from secondary care at that level I decided to have a look at OpenPrescribing.net; not actually expecting to see any 40mg use.

With just two clicks I was able to find 40mg dexamethasone had been prescribed in 7 Clinical Commissioning Groups (CCG) in the previous six months, with six prescriptions having been written in the February alone. Relieved that none were in my local area, I turned to my fellow oncology pharmacists through Twitter to see if they shared my concerns. I was secretly hoping the oncology pharmacy community might put my mind at ease that there was some other legitimate use in primary care that I had missed.

I'm genuinely getting concerned by the appearance of 40mg Dexamethasone Prescribing in CCGs. 7 CCGs have now prescribed this since Nov-2017 according to @openprescribing

No licenced indication that a GP would normally manage? https://t.co/niJGaq7fzO

To date, other than the possibility that a patient lost some tablets and a GP practice helpfully replaced them to avoid the patient having to make an extra trip to the hospital, no-one has offered a plausible explanation. If that is the case, it appears patients with Myeloma may be becoming increasingly forgetful.

Re-running that same analysis today (using August 2019 data) reveals there were 34 prescriptions for 40mg dexamethasone tablets written in the past year, and 23 in the last five months. NHS Herts Valley CCG wrote 4 prescriptions in both July and August this year alone.

Table: Total prescribing for Dexamethasone 40mg Tablets across all CCGs in NHS England (NB When you click on this link you will receive the most up to date data)

Why is this important?

The Healthcare Safety Investigation Branch (HSIB) has just published a report into the risks associated with electronic Prescribing and Medicines Administration, particularly with the transfer of care back to general practice. In it, they describe a case where a patient was inadvertently receiving two anticoagulants at the same time, following confusion in the communication at the time of discharge and the exchange of information with primary care. Accidental continuation of steroid courses probably occur from time to time for exactly the reasons the HSIB identify. Accidental continuation of very high doses of steroids has the potential to increase the risk of infection, psychiatric disorders, hyperglycemia and gastric bleeding along with a host of other steroid induced toxicities. If the course is continued for longer than expected, sudden discontinuation will risk adrenal suppression.

Even if 40mg of dexamethasone was intentionally prescribed, perhaps for a patient who has misplaced their medication, there are other considerations to be taken into account:

Were they taking 40mg tablets originally? (Anecdotally most hospitals don’t use the 40mg tablets.) If not are they aware they only need to take a single tablet instead of twenty tablets?

Will a pharmacy have 40mg tablets in stock? Or will prescribing this less commonly used strength add a further delay to continuation of medication?

When I posted on Twitter asking if others were concerned about the use of 40mg dexamethasone in primary care, I tagged the seven CCGs who had prescriptions. Some got in touch and said they would pass my concerns on to medicines management — but I heard nothing more.

Having identified a potential risk, do we have an ethical obligation to do more? But at the moment all I know is that there is a potential risk. There may be good reasons for every one of these prescriptions. The data available publically cannot provide the clinical indication and so systems like OpenPrescribing.net will never be able to singlehandedly identify potential prescribing hazards. We need to establish a mechanism that would allow potential prescribing issues to be flagged to those who do have access to the clinical data to allow them to investigate if an error has occurred.

When errors have occurred we need to do more to learn from the data and work out how we can prevent mistakes happening. For 40mg dexamethasone that could be easy — by making it harder to prescribe in primary care. Not all drugs will be as simple as that, however there is potential to create a list of medicines where prescribing in primary care is unlikely to be appropriate and the data is very easily available through OpenPrescribing.net to determine how often prescriptions are being issued. To start the discussion off — let me add a few more to the list — all of which should normally be restricted to the expertise of oncology and haematology teams:

The data is easily accessible through OpenPrescribing.net requiring just two clicks to find it — there is little excuse for a Medicines Optimisation Team in a CCG not to be trying to manage the safety of these high risk medicines.

This story demonstrates why we build tools like OpenPrescribing. Our goal isn’t simply to produce academic papers (although we do quite a lot of these as well). We want to put data in your hands, we want to democratise it and allow you answer your own questions, questions that we haven’t even thought of. At the Bennett Institute we think it is unhelpful that so much data analysis is done behind closed doors, as it prevents open discussion of ideas, shared learning and accountability. We think Calum’s blog is an excellent example of these principles but we would love to hear yours; please get in touch and share your stories of using data to help inform care for people.