Ghost branded generics: Why does the cost of generic atorvastatin vary? 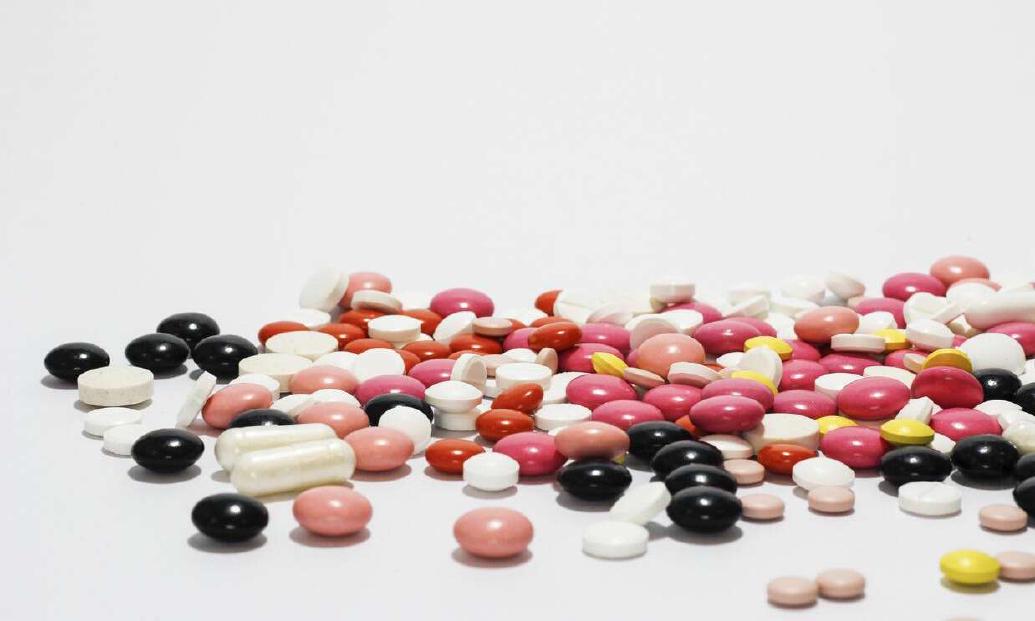 This a very nerdy story about a problem that costs the NHS £11.6m a year. It shows how one small design choice in the software GPs use can have huge ramifications for how we prescribe, and a huge cost impact on the NHS. More than that, it shows how problems like these can only be spotted, and addressed, by mixed teams like ours — doctors, pharmacists, researchers and software engineers — pooling our different skills to build tools and papers.

Our pharmacist Brian MacKenna joined us earlier this year, and has rapidly picked up skills in python, SQL, statistics, practical research, and software delivery. Below he describes how we worked together to discover a whole new category of problem in prescribing — Ghost Branded Generics — and a fix that could save the NHS over ten million pounds a year.

A few weeks ago I went to talk to the GPs, nurses and pharmacists in Wakefield CCG about using data to improve the care they give to patients, and how OpenPrescribing can be used to identify areas for review. During the talk we discussed the Wakefield Price Per Unit (PPU) dashboard to identify any opportunities for savings (read more on our PPU tool here). As I do a lot of talks and look at a lot of dashboards I’m rarely surprised by anything that appears on a PPU dashboard list; however, on their dashboard atorvastatin 20mg was listed. This intrigued me, as it is a commonly prescribed generic medication which is rarely prescribed by brand.

I reviewed the presentation level data, and it turns out that there is minimal prescribing of branded Lipitor in Wakefield. But they were still paying prices ranging from 3p to 18p per tablet for generically prescribed atorvastatin 20mg tablets, while the PPU achieved by the best value decile of CCGs is 3p, meaning Wakefield CCG missed out on savings of £1,924 in September.

This was surprising. All generic atorvastatin tablets should be reimbursed at the exact same rate i.e. 3p if the prescription is written generically, as atorvastatin is in the Drug Tariff. We would not expect to see variation in the price of a commonly prescribed medicine if it is prescribed generically. In our PPU Frequently Asked Questions we describe lots of reasons why the PPU for a medicine may vary such as “branded prescribing”, “specials” and, importantly for this blog, “branded generics”.

What are “branded generics”?

The brand is the name given to a drug by the pharmaceutical company that develops it. The generic name of a drug is the chemical name of the active ingredient. When a drug is first developed, it is under a patent, and so the original company’s branded version will be dispensed, whether the prescriber uses the generic or the brand name on the script. Once the patent of a drug expires, then that drug becomes like paracetamol, or aspirin: anyone can make it, so generic versions of the drug can be manufactured by any company that wants to set up their factory for the job. There are lots manufacturers producing generic drugs, and the packaging will have the name of the active ingredient of the drug. However, generic manufacturers can also choose to sell their version of the chemical under a new brand name. This is a “branded generic”.

Below are a set of examples:

At first we ran some analyses to see if there was a systematic link between higher prices and other factors such as the general practice, dispensing pharmacy or the quantity of tablets on a given prescription. This involved our small team of doctors, pharmacists, academic researchers and software engineers using our collective expertise to solve problems in the data. On this occasion no technique we applied appeared to explain the differences in reimbursement of atorvastatin 20mg. So we spoke to our friends at the NHS Business Services Authority who are the publishers of the data we use at OpenPrescribing.

Here we discovered that important information about medicines is not being shared in the prescribing dataset. GPs in Wakefield, although they are prescribing generically, are specifying which manufacturer of the particular generic the pharmacy should supply, in brackets, after the name of the drug. The pharmacy must supply this manufacturer’s brand, and they are then reimbursed at the specific price provided, not the drug tariff price that normally governs the pricing of generic medicines. So it is treated as a “branded generic” for dispensing and reimbursement purposes, but is coded as a normal generic.

Why couldn’t we see this in the data on OpenPrescribing?

The granularity of data we use at OpenPrescribing does not allow us to identify when a prescription has been written generically with a manufacturer specified (e.g. “atorvastatin 20mg tablets (Company name Ltd)”). For generics, NHS Business Services Authority only report data at a VMP level (to use the terminology of the NHS Drug Dictionary, dm+d, blog here) and therefore all generically prescribed atorvastatin 20mg tablets will have the same BNF code. Only preparations with brand names (e.g. Lipitor) are given a separate BNF code in the data made available to the public. However, for reimbursement purposes, the NHS Business Services Authority uses data that’s coded at AMP level, which means dispensers are reimbursed at the price of the manufacturers product as specified. We think this is equivalent to “branded generic” prescribing but for reasons that we still don’t fully understand, the NHS Business Services Authority do not assign them a BNF code that is indicative of it being a branded generic. Instead, they assign “AA” in the product section of the BNF code, which denotes that something is a true generic (see blog on BNF code). We think this is inconsistent, and we are now calling these products Ghost Branded Generics.

What is the impact?

Using our PPU code we are able to do some basic analysis here to estimate the impact of ghost branded generic prescribing: you should be able to follow if you understand some Python and SQL. In order to have a definitive figure it would be necessary for us to obtain the AMP level data from the NHS Business Services Authority, which they currently do not share. However, we can see that this issue does not just apply to atorvastatin 20mg tablets in Wakefield. We have reviewed all items (excluding injections and liquids) appearing in the drug tariff; in other words, the most commonly prescribed medicines with a set generic reimbursement price. The headline impact figures in September alone are:

An extra £36,168 spent in Cambridge and Peterborough CCG on all Ghost Branded Generics

An extra £966,855 spent across England on all Ghost Branded Generics

Extrapolating that figure from September’s data, Ghost Branded Generics could be costing the NHS as much as an extra £11.6 million per year. To see the impact on your CCG we have compiled some CSV files which show the breakdown of the 10 highest-cost ghost branded generics for each CCG for September 2018 which can be found here.

How do we fix this and achieve the savings?

From our extensive collective clinical experience we think that Ghost Branded Generics have been prescribed unintentionally in the vast majority of cases. There are two complementary actions that can now be taken to realise some of the £11.6 million saving we have identified.

Firstly, we need to make this problem easier to identify. Luckily that is simple. The NHS Business Services Authority hold the data at AMP level. We think they should release data at an AMP or AMPP level so OpenPrescribing and others using this data can track the problems with data to support this change. There is no information governance blocker here. At the very least, Business Services Authority should correctly code Ghost Branded Generics as branded generics, so prescribers can review them in their data.

Secondly, after data, of course, comes action. CCGs, GPs and other prescribers need to review the prescriptions we have identified as problematic, and needlessly expensive, to change them from Ghost Branded Generics to truly generic where appropriate.

No. As the CCG pharmacists in the team, myself and Rich were pretty sure that in the majority of cases we believe GPs are intending to prescribe generically. So, we set out to get the bottom of why GPs are prescribing Ghost Branded Generics. At the end of the article there are screenshots of a GP electronic health records systems (EHR), the software that practices use to record patient notes, and issue prescriptions. Here you can clearly see that is is quite easy to select Ghost Branded Generics on a prescribing screen. The screenshots are from two different commonly used EHRs, one used in Islington and the other in Devon.

This is extremely interesting…….becuase the impact in Islington of Ghost Branded Generics is £1,174, while in Devon it is £22,107. Using a file available on request from NHS Digital that details what EHR system every practice in the country is using, we undertook some further analysis. You can see the results in figure 1, which ranks the excess costs incurred by a practice principle EHR. It is clear that the problem here is largely in practices using SystmOne.

GPs and other healthcare professionals regularly complain that the EHR tools they are given can be variable in quality: good for some things, and bad for others. Our data in this post show how one small design choice can have huge ramifications for how GPs prescribe, and the consequent costs to the NHS. This is an important finding, and we hope EHRs suppliers will use this to inform a review their user interfaces to support GPs and others to prescribe more cost-effectively. We strongly suspect they were unaware of the issue we have described above.

Interestingly the issue does not appear to cause problems uniformly across all practices and medicines. Even in Islington, where the EHR only allows true generic prescribing of atorvastatin, Ghost Branded Generics are prescribed in other cases. We also know that sometimes it is important to prescribe a Ghost Branded Generic e.g. some MHRA category one antiepileptics (see blog on Phenytoin Supply Disruption Alert). Much further work and in-depth analysis is needed to understand the true impact on patient care. But we thought it was important to let CCGs know as soon as possible so they can investigate further.

This work, of course, relies on the data shared by the NHS Business Services Authority being correct, and being as documented: see our paper next year on problems around poor documentation and poor sharing practices for the NHS data we ingest.

We hope you enjoyed this very nerdy tale. We think it’s important, and an important illustration of the value of clinicians, researchers, and software engineers pooling skills and knowledge to find problems, and help find solutions. We will be back in the New Year with further analysis, but we’d love to hear your ideas. We are certain that other teams have noticed this issue, and thought about it. If you have any further insights, or have funding to support in-depth analysis, please get in touch with us! feedback@openprescribing.net

Update: We have launched a dashboard for Ghost Branded Generics for every practice and CCG in the country. Read about it here.

Update. Our peer-reviewed manuscript on Ghost Branded Generics is now available in the British Journal of General Practice.